Even though Thanksgiving is a holiday we celebrate every year in North America, few north Americans actually know that it was celebrated for the first time in Saint Augustine, Florida. Most people believe it is a holiday associated with the puritans - pilgrim immigrants of the Plymouth area. But in reality, it was first celebrated by the Spanish of Florida 55 years before the pilgrims.

The Spanish discovered Florida around 1512, but did not formally or permanently settle it until Pedro Menendez de Aviles founded Saint Augustine in 1565. Of course, these first celebrations were not as we are too often taught in school.

Museums around the world, and especially in North America, often set aside special exhibitions to celebrate this holiday as part of our cultural heritage.


The Florida Museum of Natural History in Gainesville is celebrating by opening the doors of its newest exhibit "First Colony: Our Spanish Origins", based on artifacts of the early Spanish colony excavated by archeologists in the old town of Saint Augustine. The small village founded then was the place where the first Thanksgiving was celebrated in 1565 by Menendez de Aviles and his group of settlers. The artifacts showcased here are utilitarian wares used for alimentary purposes, including dinner plates, sauces, bottles, and large containers used to store and serve food.


The expo is small, but very well planned, mounted, and diverse: a real treat for those interested in early American history, and in Spanish colonial history. Here I showcase some of the artifacts on display. If you cant make the trip, visit the FLMNH website here or watch this YouTube video.


With everything that is going on the world today, it is a great opportunity to put aside all ideological differences and rejoice in our intermittent existence. Look to our place in this amazing planet for what it is: a once in a lifetime opportunity not to be wasted by conflict. 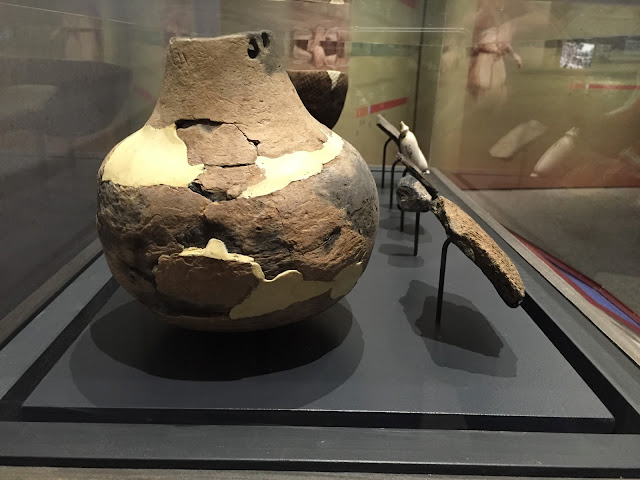 In the realm of flowers, a perfumed land,
Girt by the sea, by soft winds fanned;
Ravaged by war in years grown old,
Its former glory a tale long told,
Stands the quaint old Spanish city.
The scene of many a hard-fought fight,
Of many a siege, when Spanish might
Was o'er the land: in its decay
It hath a beauty to live away,
That quaint old Spanish city.
Poems of Places
Saint Augustine Standard Guide (1885)

Posted by Joha Orihuela at 12:15 PM No comments:

The Day of the Dead

In celebration of the Day of the Dead, here I post two allegorical gravitas. 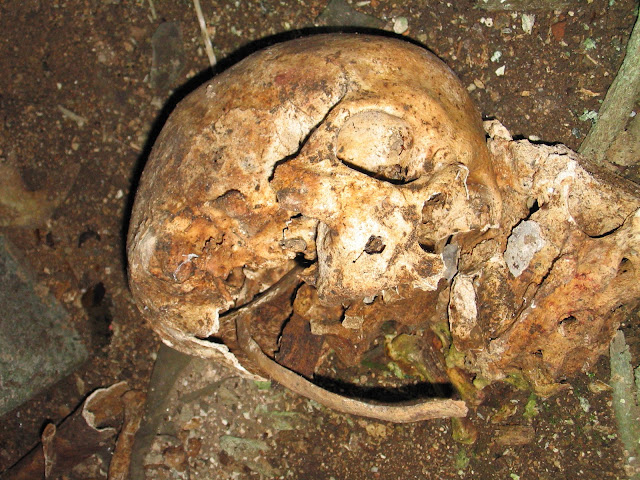 The Day of the Dead, or Día de Muertos, is part of Mexican folkloric tradition that has spread into southwestern US and parts of Central America. Mainly it is a day to remember those that are no longer among us, no longer among the living. For that reason I have chosen two human remains, that up to 2002, laid forgotten in their cemetery, well beyond the rescue and the memory of those who knew them. 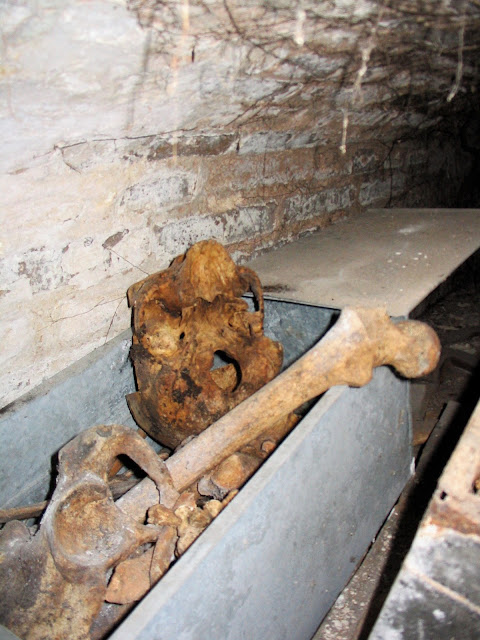 I hope that by placing them here they wont be forgotten; even if we can no longer know their names.

Posted by Joha Orihuela at 6:05 PM No comments: