E. A. Martell, one of the first professional cave explorers, expressed in 1894 that "caverns and abysses are natural laboratories ready for numerous and curious researchers".

Those who visit caves frequently notice that some caves are alive! Walk into a cave room and with a swipe of the lantern you see the cave floor move! - Seems like something out of a horror film, but caves are truly alive.


Caves are alive because they are teeming with life. From the microscopic viruses and bacteria to the much more complex bats, and even humans, caves provide a subterranean environment that is both beautiful and mysterious, resulting in the specialization of extraordinary organisms.


The subterranean world is a complex environment. In caves, light enters unevenly. The deepest rooms, those farthest away from the entrance are the darkest if no other source of light exists. But even in such absence of light, organisms proliferate and evolve. These cave organisms can be defined or grouped depending on their cave habitat and preferences. Each has its own niche.

Trogloxenes, on the other hand, are similar to troglophiles in that they too are facultative cave dwellers, but their life cycles always require they leave the cave, surfacing to eat or reproduce. In this case, most organisms that people associate with cave dwelling are readily trogloxenes. Bats, birds like oil birds, owls, swallows, some reptiles, amphibians, and several species of insects, are all trogloxenes.


Other cave organisms are strictly aquatic cave dwellers. These are called stygobites, for they can only live in cave ponds or lakes. The blind fish and arthropods that live in vadose water lakes found within deep parts of a cave system represent this group. These organisms are very specialized. They have adapted to the dark aquatic environments and have lost their eyesights, color pigmentation, or eyes altogether.

There are organisms that can be considered accidentals because they enter caves by falling in, or because they are momentarily attracted by food or shelter inside. These include several mammals such as rodents and carnivores, birds, reptiles, amphibians, and many arthropods. Troglodyte is a term reserved for humans who use caves as a home or shelter. Humans have been using caves since the paleolithic, nearly a million years ago!


Caves not only provide secluded microclimates but microhabitats that are richly ecologically stratified and interconnected. An example is illustrated by numerous species of different bacteria and arthropods, that as an adaptation, live off the bat droppings (or guano) deposited in cave floors. These are known as guanophiles and are often troglobitic arthropods.

Trogloxenes often serve as the food of troglobites. Many are scavengers that feed on decomposing matter brought in by other organisms, such as seeds brought in by fruit bats, or the dying bats themselves, as is the case of the Cuban fruit bat Artibeus jamaicensis carcass devoured by cave-floor roaches in a cave in Cuba shown above.
Many of these organisms are agents of bone accumulations and dispersion within caves, a micro-field within taphonomy that I am most interested in. See my previous ruminations on this previous post.


A wide variety of organisms has evolved in caves. These are characterized by intricate specializations such as staged reproduction cycles, feeding mechanisms, or sensitivities to light that allows them to exist only in the intricate microclimates-ecosystems found in the subterranean world. Such diversity and these special characteristics have been naturally selected over millennia depending on the distribution of these organisms and the niches they inhabit withing the geography of a cave.


Most of troglobites and trogloxenes are relics of the past. Some of the aquatic stygofauna are descendants of freshwater, intertidal, or marine organisms that became trapped in a cave pools and lakes, becoming isolated there. Most of them evolved from exterior faunas that adapted to the cave conditions after isolation.


Exterior faunas enter caves with inflowing rivers, floodwaters, and groundwaters that invade, actively or passively, cave environments. Others become trapped or fall in accidentally as mentioned before. More so, streams and rivers can carry inside sediment and plant debris often carrying organisms from the exterior into the cave. These organisms then become underground colonizers, evolving in isolation from their exterior populations. The cave itself being the barrier to their gene flow.

But caves are sensitive environments and even the most minute changes can alter their microhabitats. Alterations to these delicate subterranean environments include hoards of people using caves as a tourist attraction, or "collecting" their endemic faunas or crystal formations, often downgrading their natural beauty. Or affecting their natural flora and fauna, thus affecting the natural cycles that occur within caves. Cave microenvironments are also sensitive to overall climate change, and rising sea levels. The former have the potential to drown existing habitats, and thus pushing many cave endemics to extinction or habitat fragmentation.

The isolation of subterranean environments makes cave faunas interesting subjects to the study of evolutionary pathways, genetics, biogeography, and even virology (-the Ebola and Zaire viruses seem to have evolved in African cave environments-). Some biologists consider caves even as islands, isolated natural laboratories for evolution and natural selection.

I think Martell was right. And like him, and many other generations of cave scientists, also known as speleologists, we continue to be attracted to caves and their intricacies. We study and divulge the beauty and complexity of caves and cave systems with the hope of understanding such environments and ecosystems better, hopefully helping us protect and understand their faunas more effectively.

I hope this post has been informative of other interesting aspects of caves since I have already covered bats, hot caves, and cave formation in my previous posts. This post is in honor of those who dedicate their time, and often health, to study caves and unraveling the mysteries of the subterranean world.

Posted by Joha Orihuela at 5:41 PM No comments:

The german naturalist Johannes Christoph Gundlach was born on this date in 1810. Originally from the town of Kessel (Hesse) in Germany, he lived most of his adult life in the Caribbean island of Cuba, where he became one of its most productive naturalists.

His contributions are widely encompassing from the invertebrate mollusks to the sophisticated bats, and still relevant today. Gundlach's natural curiosity and keen taxidermy technique are well appreciated and respected by Caribbean biologists and paleontologists. The specimens he collected and prepared are treasured by many museums throughout the World. Many Caribbean species carry his name in his honor.
This post is a small tribute to his life and work and a token for the inspiration he has been in my natural interests. 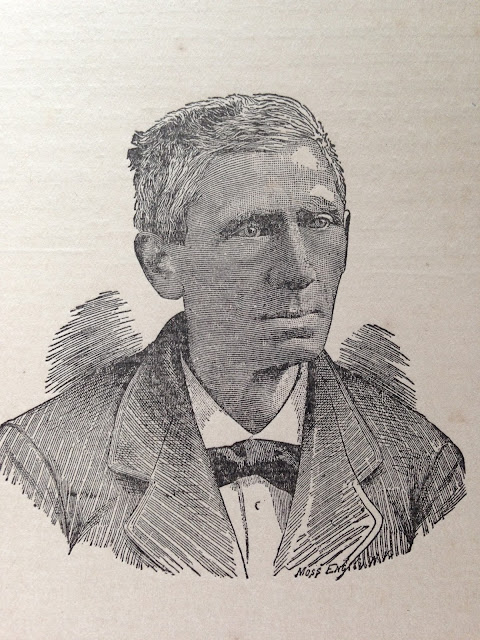 Johannes Gundlach was the youngest of the seven sons of Johann Gundlach and Marie Cristine Rethberg. Since a young age, the family moved to Marburg, where his father was a professor of physics and mathematics at the Phillips University.

Since young had been interested in the natural sciences. He learned the art of taxidermy or embalming animals from his brother Henry, who was a medical student. But, although Johannes is unsuccessful in his earliest studies, he excels later as a student of zoological sciences of the University of Marburg, where he received a doctorate degree in 1837. 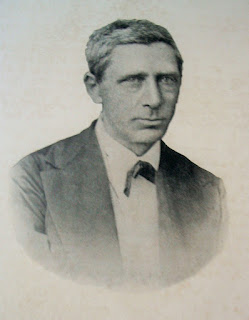 Dr. Gundlach arrived in Cuba in 1839. He came to Cuba, along with other two important German naturalists, Edward Otto and Louis Pfeiffer. He was passing through on his way to Suriname, by invitation of a colleague. However, his colleague died, and Gundlach decided to stay in Cuba: an island he soon fell in love with.

In Cuba, he met Carlos Booth from Matanzas, who invited him to stay at his coffee state near Cardenas. Those years were very prosperous for Gundlach, and soon the Cuban countryside revealed natural jewels to him. Immediately he discovers news species of birds, bats, mollusks, and butterflies. Among these is the Cuban bumblebee hummingbird Mellisuga helenae, named in honor of Mrs. Helena Booth, and first published by the Galician Juan Lembeye in his work "Aves de la Isla de Cuba" in 1850. This is likely the most famous of his discoveries. Others include the bats Pteronotus quadridens, Phyllonycteris poeyi, Nycticeous cubanus, among many other birds, mollusks, amphibians, reptiles, and mammals. The list is indeed very long.

Whilst in residence in Cuba, Gundlach collaborated with Cuban, American, British, and German colleagues, to whom he sent specimens collected and prepared by himself. These included the already mentioned Felipe Poey, Carlos de la Torre, William Sharp, Wilhelm Peters, Dr. Lawrence, and others of revered relevance in the world of species classification and naming (taxonomy and systematics of today).


His collection grew quickly, and between 1842 and 1852 he established a small museum. Many of the specimens showcased there are preserved today in Cuban, European, and American museums.

The realization of having had the opportunity to hold specimens collected by Gundlach, still with his handwritten tag, had been a lifelong dream until recently. Visit my previous post about museum collections to find out more about this experience.

During his 50 year stay in Cuba, Gundlach published numerous articles, and at least 5 monographs dedicated to the mammals, birds, and crustaceans of Cuba. He traveled throughout the island, and also visited Puerto Rico, where he is today revered too as an important zoologist for his additional contributions there.

Dr. Gundlach died on march 15 of 1896, in the city of Havana. He is buried in the Colon Cemetery. Today he is remembered for inspiring many generations of naturalists and zoologists.


The details for this post come from several sources. Most come from Gilberto Silva-Taboada (1983) Los Murcielagos de Cuba, Editorial Cientifico-Tecnico, La Habana. The others are cited in the following:

For additional information in Spanish about Carlos de la Torre and Johannes Gundlach, visit my other blog SanCarlosdeMatanzas.blogspot.com