When did the turkey vulture arrive in Cuba?

All the American vultures belong to the Cathartidae, a neotropical endemic and diverse bird family of carrion scavengers. Currently, the family is integrated by four buzzard-like vultures and three condors including the turkey vulture (Cathartes aura), the black vulture (Coragyps atratus), up to the California condor (Gymnogyps californianus) and the Andean condor (Vulture gryphus). 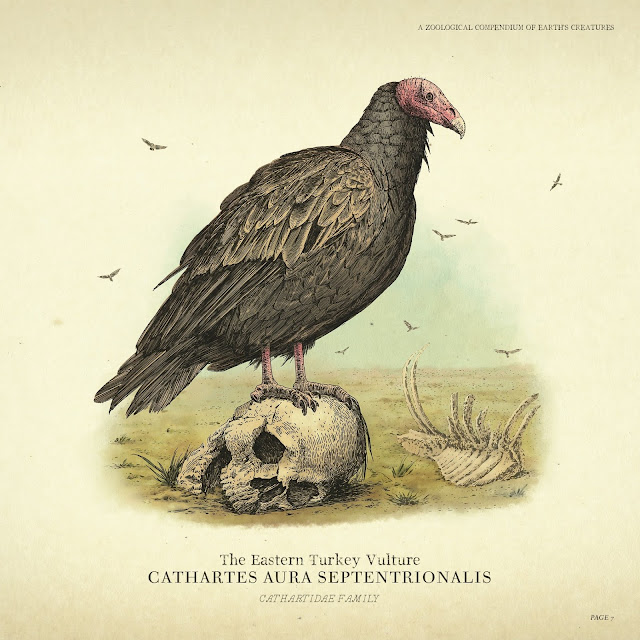 Of these New World vultures, the genus Cathartes is the most diverse with three species, C. burrovianus, C. melanbrothus, and C. aura. Of these, the turkey vulture Cathartes aura, along with the black vulture Coragyps atratus, are the most widespread, inhabiting nearly all the American continent and parts of the West Indies, including the island of Cuba. Turkey vultures abound on the island and is easily observable today. But when did it reach Cuba? When did it become part of its fauna? Was it before or after the arrival of Europeans?

Cathartidae fossils are known in the New World, confidently, since at least late Miocene, and more so during the Pliocene-Pleistocene epoch, meaning during the last 6 million years. Interestingly, fossil Cathartidae have been reported from the late Oligocene (~23 million years) of Mongolia (Emslie, 1988). With such a long fossil record, one would think that the presence of the turkey vulture in Cuba spans to the Pleistocene. At least, that was what was originally thought by Cuban paleontologists.

The source of uncertainty is because turkey vultures seem to have a poor fossil record in Cuba. Several remains found in cave deposits near the capital city of La Habana, in Cueva Lamas and Cueva del Túnel, were at first interpreted as Late Pleistocene in age (see Arredondo, 1984). These specimens were later revised by the Cuban paleornithologist extraordinaire, William Suárez, who concluded that these were modern specimens and not fossil material (mixing of bone remains in caves is a common phenomenon, and one must be extra careful in discerning what is a fossil, or subfossil, and what is modern).

Based on the research of the Cuban zooarchaeologist Osvaldo Jiménez, turkey vulture remains have been identified in early 17th-century colonial contexts of La Habana Vieja (Old Havana), which agree with documentation of the time. Jiménez argues that the species was already considered common in Jamaica by 1680, where it adopted the name of John Crow. It was from this island that the species spread into Cuba, Hispaniola, and Bahamas, becoming established by the late 18th century. It was further introduced in Puerto Rico during the 19th century for sanitary reasons (Jiménez and Arrazcaeta, 2008).

﻿﻿Two important accounts document the presence and widespread of the turkey vulture in Cuba during the colonial period. One is a mention made by the governor of the eastern department of Cuba, Juan Garcia de Navia Castrillón, in June of 1617. The other is a watercolor sketch made by soldier Henry Fletcher in august 1762, during the Siege of Havana by the British (see figure below). This illustration brings an interesting note that reads “head of a turkey buzzard or carrion crow, a fowl common in the West Indies. The body resembles very much a large brown turkey”.  Both accounts support the apparent widespread of this species on the islands by then.


More recently, however, during our excavations of Cueva de los Nesofontes at Palenque Hill (source of several posts in this blog, available here and here), we encountered several unequivocal Cathartes aura subfossil remains in beds dated to less than a couple thousand years before the present (Orihuela, 2019). These fossils seem to reinstate that the turkey vulture was present in Cuba before European arrival for at least several thousands of years.

This makes sense biogeographically, due to the proximity of the Greater Antilles and the continental mainland. In fact, many of the turkey vulture groups that migrate between parts of the continents, do so by flying over the same span of Caribbean ocean (Moore, 2000). Moreover, fossils of the species have also been found in Bahamian sinkhole deposits (Ficus Pit, in San Salvador, see Olson et al., 1990). Olson and colleagues reached the conclusion, as we do here, that turkey vultures likely arrived in the Greater Antilles due to natural expansion, especially after the extinction of many of the islands large and diverse raptors probably during the Holocene.

Posted by Joha Orihuela at 5:51 PM No comments: